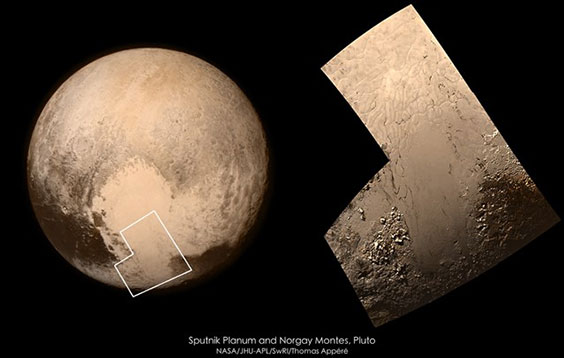 “Ages in Chaos” was the title of a factual book from 1952 by author, scholar and philosopher, Immanuel Velikovsky. It’s a phrase that could be said to apply to our collective existence today, as well as to each of our lives day to day as we struggle with red tape administration or twist a process at work to make things happen faster or cheaper. Or perhaps your individual world is your struggle as a manager in which you spend your time fire-fighting and watching as the team you thought were all pulling together in fact seem to be pulling themselves apart… All of which frustrates and depresses any amongst us of a sensitive and ultimately caring nature.

Veliskovsky was ridiculed in his day by those considered to be serious scientists. Like many with theories ahead of their time his proposal that our seemingly calm solar system went through periods of enormous upheaval often caused by the collisions of wandering planets or shifting nebulae was later to be accepted as the norm. Today to consider the universe as a calm unchanging place seems the point of view that is ridiculous.

Cosmology might seem to have little to do with personal development, mindfulness or the world of intuition and the subtle realms of mind, but the information received and published by NASA can have huge effects on us all, both in terms of our overall collective psyche and our individual perception of the world around us.

Science is hurtling into the new territory: cosmology and even quantum theory both impact other areas of research like biology. ‘New Scientist’ magazine recently published new research indicating that science may have found a new type of microbe protein in the human gut that would be so unusual they consider it may even be based upon a 4th dimensional structure. That’s like saying there’s “Dark Matter” in the gut. And that’s a serious, although remote, published possibility!

Advances in the very small (quantum) and very large (universal) affect us all for no less a reason than information is changing. The boundaries in which we see ourselves as sentient beings are shifting in a big way.

Last week NASA held a press conference in which they admitted data received from the New Horizons fly-by of Pluto was unlike anything they have witnessed and some of it is still inexplicable.

New Horizons co-investigator and Senior Research Scientist at the SETI Institute, Mark Showalter said, “We honestly have not seen anything like this before and we still don’t know what to make of it”. He went on to say that the moons in the Plutonian system behave in an extremely chaotic manner: ’ Styx, Nix, Kerberos and Hydra, all of Pluto’s moons, spin wildly.

“There’s clearly something fundamental about the dynamics of the system that we do not understand,” Showalter noted. “We expected chaos, but this is pandemonium.”

At this point, I would ask yourself how has your own world, the world of your inner subjective experience been feeling over the last few months? Would “pandemonium” sound like a suitable description?

From a philosophical point of view, to me, Pluto symbolises the next stage of our species’ development. It and its moons echo and symbolise the speed of chaotic movement of information flow that we have come to experience in our lives.

If you are finding the pandemonium of your world right now difficult to face, please be cheered by the other aspect displayed by the symbolic planet. Pluto also brings into our awareness a huge heart shape on its surface. Perhaps after all, the Management (upstairs) in their part of manifesting reality have again used their sense of humour and are showing us the way to deal with the universal change sweeping through every aspect of life.

If we connect to our heart and use honesty and transparency at work, in personal relationships (including with ourselves) there will appear a path to follow and that will lead us each to our personal New Horizon.