“Dowsing the wave” was an expression that came to me in meditation. The image above was taken at the magical stone circle of Avebury as the sun was rising when my friend Adrian and I were running a workshop there.

I know the stones are magical because the clock on my phone jumped an hour forward as I walked amongst them and several files on my video camera I used to take these shots became corrupted. That’s the first time that’s ever happened.

Dowsing takes us all into some strange and sometimes unexpected areas of life and while instances of electrical ‘spikes’ can easily be put down to natural energy peaks, it’s less easy to attribute some aspects of the mystical to such simple explanations.

I know a lot of you are very sensitive and can feel natural energies and see some of the furthest extremities of our shared world, but for me it has always been something of a hit and miss affair, except for my connection to my guides, of course.

But fortunately The Management has given me enough reinforcement of existence just beyond our five senses and I shared the stories of a couple of those with the participants on last week’s sacred space workshop at Avebury. The first of these occurred on a day when I approached several stone circles with Hamish Miller and I heard wave after wave of male voices saying simply “welcome” over and over again in synchronicity like a well-rehearsed cast in an invisible theatre.

A second time was when the guardian of the earth energies in our old house wanted me to ask a question of a dinner guest, “Ask him… ask him…. ask him…” wave after wave, insistent but gentle, as though she were sitting right at my shoulder.

In last week’s message I mentioned the standing wave that is set up for every person when dowsing. It’s the wave that connects trough the quantum level of existence between the dowser and the subject they are looking for. The repeated audio pattern of voices heard as outlined is also an example of a standing wave. It would have been an energy that activated the audio response in my brain so that I heard the voices. A flow of energy up and down, wave after wave. Electrical impulses, enough to interfere with electrical equipment and the delicate balance of organic matter.

The universe is built on waves, everything we do is structured on peaks and troughs an ebb and flow. It’s in everything we experience even as a symbol of change: that’s why the steadfast mantra of “everything will pass” is so true if we are in the depths of despair then sure enough it too will pass once the wave passes. Times will improve as we ride on to another wave.

Living a life from a spiritual viewpoint doesn’t safeguard us from the bad times. It enables us to have the craft with which to sail the waves and the wisdom to acknowledge that no matter how bad it gets the wave will move us to another place where things will be different.

We can choose to ride the wave with as much joy and trust as we can muster or we can fight it and drown, possibly taking others with us. I’ve tried both ways in my 54 years and to me there is no difficulty in deciding which is the preferable choice. Dowsing too doesn’t mean you always make the right choices. Some people find that an odd thing to say, but “right” depends on our viewpoint. If we can ride the wave without fear then “right” is whatever the dowsing indicates. Like most things, that is perhaps easier said than done.

NATURE SPIRITS AND OUR
INTERDIMENSIONALITY

Their importance to Mother Earth 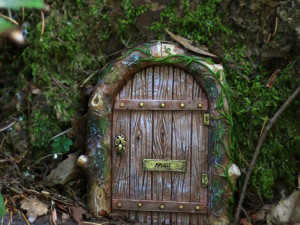 Our next workshop is also at Avebury