The light during the dark of the year 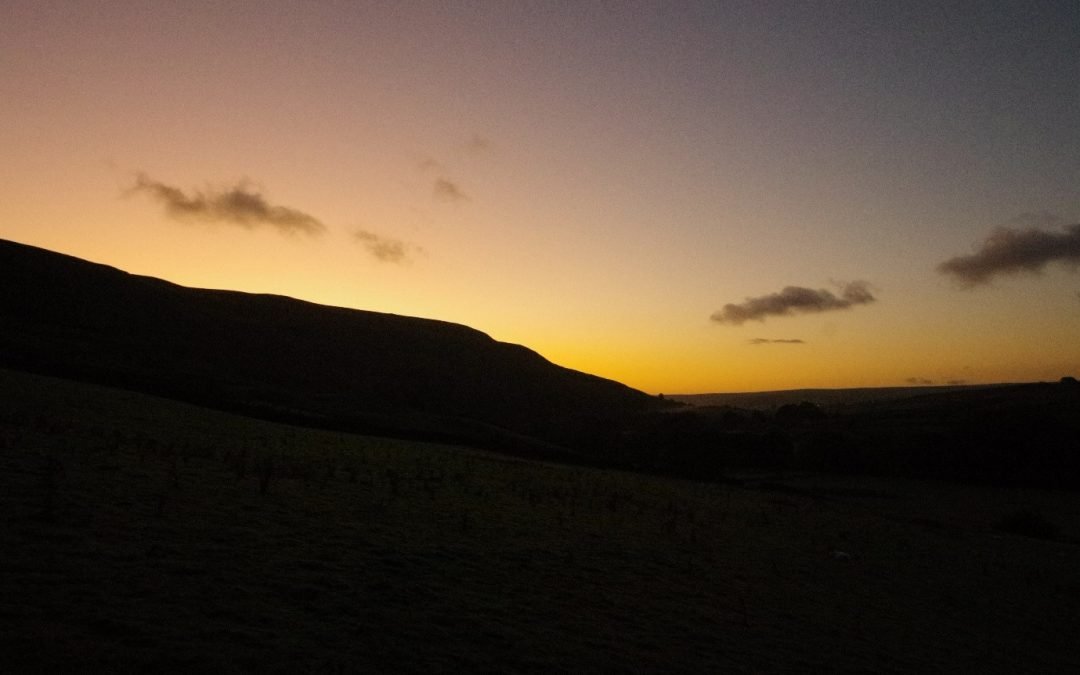 ) you will know that as a house healer and alternative life coach I help people move their lives towards a greater sense of well-being. That means helping them move from a state of mind that is troubled by aspects of their seeming external environment towards one of harmony, peace and flow. I say, ‘seeming’ as when we use the spiritual perspective on our lives (for which also read “symbolic”) we can consider all aspects of our individual realities as being a part of us.

The first steps of dowsing are crucial in helping people move towards a shift of awareness. This is why locating the most powerful and beneficial earth energy power centre in their own home is a hugely important step. I highlight this simple exercise so that as many people as possible can experience the shift in energy within the subtle energy fields resulting from their interaction. My hope is that they find it as awesome as I did.  I believe there is no better illustration of how a change of mind and emotional state can affect the electro-magnetic fields that underly our perception of form and physical structure in which we live.

There is no other way to explain this: there is an aspect of what we call “earth energy” that  appears to be a fundamental part of the mind-matter connection. It is a significant link between humanity and the environment.

Using the relatively simple process of dowsing enables us all to witness the positive effect our minds and emotions have on the world around us, no matter where we are. What we call “ancient sacred sites” are places where the effects of such focus are magnified due to the extended attentive exposure from the human presence.

Once enough people realise how they truly effect the world around them it will hopefully literally change the world. This process of change is certainly happening. It is an active change that we can see emerging within the zeitgeist of the indigo generations and those born since. There is a gradually emerging realisation among these generations of those in their late twenties and thirties that the answer to how to care for the planet is by caring for each other and themselves. As such it is an exercise in adopting a spiritual awareness. Make no mistake it is also a spiritual exercise when we interrogate the subtle realms labelled with the catch-all misleading title of “earth energy“ in our homes.

Intent combined with a mental and emotional process of compassion and forgiveness (healing) has been talked about as a key to manifesting and creating one’s own reality for eons. As dowsers sharing this simple process of interacting with an earth-energy power centre we are enabling insight into the actual process of creation. It is the creative process made “tangible” by dowsing when we emit positive emotion and the electrical fields of the earth responds with a form of growth. The dowsable spiral tightens and the number of straight line radials increases. This is nothing new. I am simply highlighting just how significant it is when we consider that we are electrical beings interwoven with the electrical fields of the earth. In so doing I take the giant leap that scientists are not allowed to do in their evidence based thinking and suggest that this is a stage in the creation of what we experience around us in every moment.

The concept that our reality can be created with every moment in which we exist is difficult to grasp as it requires a point of view outside the normal perspective. But it is no larger a leap than to suggest that a part of us continues to exist after we pass away and step from this world into the next. Traditionally God has been sole curator of the creation process, but for some time humanity has stepped up to the label of co-creator. Earth energy is a tangible part of that creative process. This is not to say that God (the Universe/the ultimate creator/the management upstairs) is no longer to be considered a part of the process. Far from it. Everything in our reality is a part of that Universal energy and consciousness. Just as we are. This is what makes manifesting and creation of reality a sacred process. But not necessarily an easy one to be aligned with.

What we think and feel really does matter

It would seem that the New Age spiritual platitude asking us to “be the change we want to see” really does work. Our perceptions of the world around us change as we change our “vibration”. As we have more positive values and emotions in our lives then the people we meet and those who are drawn to us are also of a similar vibration. Put simply: we mix with those who are similar to us.

Our subconscious cognitive biases mean we experience this outer world in the way that we expect to experience it. We always see what we expect to see and are tuned into to spot what we are focusing on within us. What seems to be becoming increasingly clear is that what we believe & what we think is TRUE is incredibly important to our well-being: both physical and mental. What we believe influences how we live in this world. The simple act of communing with the energy fields of our Mother Earth can be an ever-accessible reminder of this facet of being human.

All periods of change are chaotic. Every generation faces its challenges packaged uniquely for a new perspective of the same traumas. These are mostly traumas of fear. It is a facet of human evolution. The global chaos in our lifetimes is no different to that which has gone before and those that will follow after us. Life is indeed an endless succession of human experience.

If you currently feel helpless at how the world appears to be disappearing into a funnel of self-inflicted chaos, take heart that each “break-through point” of change faced either individually or collectively will often seem more intense than the previous one. Globally, we are realising we have the power to create the world that we want to live in. A good first step to take along that committed path is in simply recognising the fields of energy that are around each of us all the time. A recognition that they are always there, no matter what may come and that we can always work with them, simply with compassion, trust and embracing unity in our hearts.

In the Northern hemisphere we are now entering the annual season that is the dark of the year. As we do so, let’s not forget that the darkest hour is always before the dawn.