The Sanctity & Healing of Self 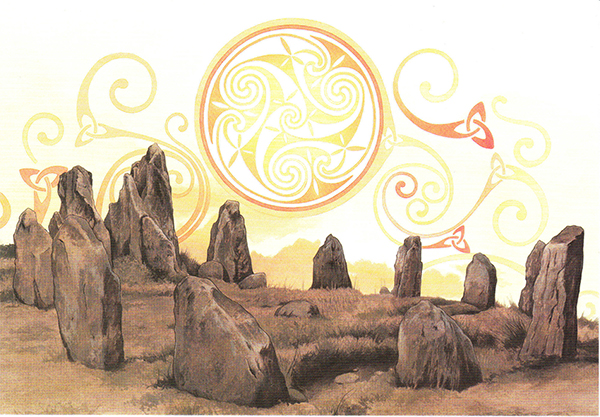 Sacred sites aren’t always what we might think they are. In our Spirit & Earth workshops we refer to human beings as sacred sites as well as those more typical exterior locations that we all recognise such as Avebury. In my early days on my spiritual path I was told by various guardians of these sacred sites that many of them were designed to maximise the ability of the human mind to co-create the reality in which we live. Since then it’s always struck me as a natural part of living in harmony and wellness that we should have such “conversations” of manifesting with all that is in our reality around us.

My most recent video post on my YouTube channel was in response to a question about co-creation and our role as co-creators asked by a subscriber. These two mind body spirit processes are usually known by the popular terms the “law of attraction” or the “law of vibration”. For me the law of attraction is so integral to what we might refer to as spiritual living that I sometimes forget the concepts don’t necessarily sit in complete alignment with wellness for everybody. What was interesting for me in making that video was that I hadn’t realised before the way in which there are 3 distinct “levels” of manifesting and co-creation.

While we are not specifically covering the laws of attraction in our Spirit & Earth workshop at Bishops Cannings, Wiltshire in a couple of week’s time it is sure to come up! Do join us if you can as there are still places available and these weekends are always very enlightening and I think this one will help all who attend overcome current blockages as it is a workshop with a very practical focus.  You don’t need to have attended the first workshop to benefit from this second one.

Manifesting – 1
As most of you will know, some 20 years ago I moved into a house that had the spirit of a deceased lady living in it. The decision to move into that house changed my life as it introduced me to concepts behind life after death and the nature of consciousness. I spent 15 years having conversations with that deceased lady about “life, the universe and everything”. What became obvious early on was that humans have a direct input into the experience we call life. I have no doubt that we are co-creators of our realities.

Years ago I was a video production consultant and I did a lot of miles driving on motorways travelling to and from my corporate clients. This was my ‘thinking time’. It was then that I used to practice talking to the universe and asking questions about what was going on in my life. When I started I wasn’t expecting an answer back from a sprit guide or a voice in my head, I was just asking to see a sign on the side of a truck that would give me the answer.

In the beginning this used to take about half an hour before an answer would appear. That gradually got quicker as I practiced talking to the universe. Eventually, I got this simple manifesting time down to around 2 minutes. I encourage you all to try this exercise as it helps build your faith in something outside of yourself and of your ability to get a direct response from the universe.

Manifesting – 2
Manifesting objects that we want, that’s a little different: that’s the thing that we all really want to learn. Take the house my wife and I are currently living in for instance. 5 years ago we left the family house that we all loved so much. Circumstance meant that we HAD to sell our house and move on. Once we knew where the universe wanted us to live we set our intention to find a house we wanted. We did it but it took us several years and some five or so house moves to get here.

So getting stuff is practical and helpful for our day to day existence but isn’t actually very helpful in the bigger picture of life, death and our role as a species in the multi-dimensional awareness of the universe.

Manifesting – 3
Getting stuff isn’t actually very important to the management. A spiritual path, of which manifesting is a part, is about looking at the earth and our place in all of it. This can be looked at from different perspectives:  in terms of the usual mainstream scientific perspective we see that we are in quite a pickle. Global warming is occurring and we have a global population that will need looking after in a rapidly changing climate. But right now we appear to be a society driven by the fear of the “lack” of things. Globally there appears to be a lack of water, a lack of fuel, lack of food and even a lack of time.

If we consider ourselves as co-creators then we have a chance to change all this. And the way to change the global picture is to change our individual perspectives one at a time until we have such a groundswell of understanding about the reality of our experience that we can shift to a new beginning: a new harmonic, a new vibration.

Change starts by taking small steps to become aware of how we can connect to the energy systems that have been hidden for centuries and which seem to have been used to control us instead of setting us free. Living from a place of charity, respect and compassion is a part of the process of creating change. That is the essence of our spirituality. And it really can start for each of us by playing a game and asking the universe to show us a sign on the side of a truck. Just drive carefully as you do it, as I can’t be held responsible for your driving!