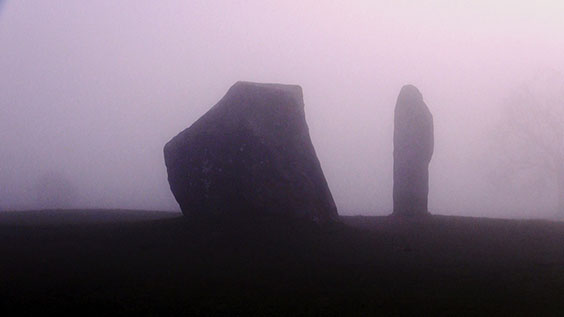 Your home sanctuary is directly connected to the sacred sites of ancient societies that still hold an attraction for visitors all over the world even after thousands of years.

The essence of these places that archaeologists, historians, spiritual seekers and the vaguely interested call sacred sites is their atmosphere. It’s the enigmatic feeling that people are still there and a presence that is contradictory being intangible but also palpable as it hangs in the air and is felt even more strongly with the gentle laying of hand against age-worn stone.

A switched-on visitor at a site such as Avebury henge, being tuned into the atmosphere almost expects words of wisdom to emanate from nowhere and guidance to be given freely for life’s tribulations. We anticipate it to be willingly dispensed by the voices of unseen altruistic angels.

And as soon as the relaxed visitor leaves the site they feel let-down. The life they return to walking out of the at sacred space has little of the magic found held within the ancient site, or so it may seem.

We can all pick up this atmosphere at the ‘right’ sacred site. It’s mainly delivered to our senses through the emanations of the subtle energy found flowing there. The label used by dowsers for this subtle energy is Earth Energy, and as all dowsers reading this will know, there are specific flow patterns that can be easily identified within all sacred sites.

These flows seem to be associated or stem from what science regards as the zero-point field. This is the layer of reality that is fundamentally the foundation of all things and is at the quantum scale of existence that is, it is of the very, very, VERY small. This is the realm of the electron, the proton, the photon and a myriad of quarks and all sorts of other “-ons” and “-arks”, in fact it is a veritable zoo of particles at the sub-atomic level.

And this zoo of particles before they form particles are waves that whizz and whoosh all over the place in their flow of potential waiting to collapse from the wave-like structure into the particle form. And they do so when they are observed…. The act of potential forming … it’s a process of creation, creating “in-formation”.

And that formation process goes on all over the earth, all the time, and it goes on through the earth all of the time and in everything all of the time. Our realities are formed from a foaming mass of quantum processes which at their heart are simply whirling vortices of flow. They are ready at every moment to collapse into the form of an atomic structure, and to coalesce into groups of atoms and so form the world around us.

What we dowse in the crudely labelled ‘earth energy’ is perceptible potential collapsing into form.

Earth energy is so hugely important because it is part of the mechanism of the process.

The ancients knew this. In their low population cultures of thousands of years ago they worked with the natural energies of Nature to create harmony and balance in their societies using the materials they found available, as though given by their goddess earth. Despite not understanding how it all worked they witnessed the results of their constructed chambers, barrows, monoliths and groups of weighty stones as they directed composed and seemingly mastered the energies of the earth to harmonise crops and the health of their tribes. To them it was magical work of the goddess or of the gods. It was mind and matter harmonised with earth magic.

So how on earth does this apply to your home sanctuary? Your home is the place you escape to after work where you can relax and be yourself, perhaps enjoying the frivolous loving company of your family or maybe you sigh a deep breath as you crumple into the comfy sofa of comparative isolation.

Well, the swirling vortex of energy found at every ancient sacred site is the very same swirling vortex of energy that sits in your living room or kitchen. This is the very same stuff that the ancients rejoiced in and found glory in as it flowed around their sacred sites. The more they rejoiced and venerated the energy of the earth in their ceremonies the more the energy increased, sometimes we believe even emitting light as its power reached peaks of intensity. And this power and potential sits in every house in the land waiting patiently, listening, picking up the emotions emitted from the occupants and sending that information, all those requests for creation, out through its universal spider-web network, out speeding across the universe entangled particles swirling forming flowing spinning in the creative dance.

Your living room is just that: it is a room that is “living”. It is waiting to help assist you with your every thought and expression of emotion. This is why these earth centres are so important to us all. They are a key to a door that has been locked for ages. We’ve simply forgotten we had the key. Tune in to the power centre in your home, exercise your manifestation technique that you have been honing for what seems like years and you will maximise your opportunities to create the life you want to lead by working directly with the powers of potential to create.

The ancients knew it and they used it to help heal their societies. I suggest it might be wise for us to do the same in our home sanctuary.